We’ve officially made it to 20 weeks. I’ve been both dreading the anatomy scan and looking forward to having it behind us, petrified that something would go wrong and this would be the moment we received the Big Awful News. Yesterday, however, we saw the high risk doctor, a genetic counselor, and a sonographer to look over every centimeter of our girls and all looks good. That makes this my final post as the Belle of Infertility and I’ll be launching this blog and linking it to my main blog, belleofthelibrary.com. It’s been an awful ride and I can’t say I’ll miss it.

Zetus lapetus, online parents are the biggest martyrs. Note, I did not say “parents.” I know plenty of parents in real life who give realistic and not wholly negative portrayals of their day-to-day life, but online parents seem to be a different breed. Article after article exists about how hard everything is, regardless of all of the modern-day conveniences available to us, such as curbside pickup and online ordering. You can double the negativity for parents of multiples to the extent that I’m not even sure how they have time to write these woeful tales if they’re sooooo swamped and stressed out.

In all fairness, this is not a new phenomenon, so much as a a readaptation of an old one. Since college, I’ve noticed the competition to see who’s busier and more stressed. While I was going through a divorce, working two jobs, and starting grad school, I was also reading about my former French professor’s struggles of teaching and taking her kids to frigging cotillion and still making time for yoga and her latest cleanse. The competition wore me out then and it wears me out now. Yes, the biggest offenders have always seemed to be mothers, constantly comparing the stress of being the SAHM of one child, married to a wealthy oil man, to my generic spaghetti rings and 15 minute leg shaves between jobs, before ultimately staying up until 3:00 a.m. to finish a paper for my MLIS. Everyone struggles and if you have the ability to complain online, you do not qualify for the medal for struggling the most and neither do I! We live in an extraordinarily privileged society and all we do is complain and compare!

I get it. People need to vent and the internet seems to be the primary outlet, but does it have to be the sole commentary and forever a contest? Why are women always competing over who has it hardest?!?! I haven’t even had my babies yet and I’m so tired of all of the warnings from parents (mostly moms) about how difficult my life is going to be, because they have kids and they know, most of which are limited to online, because I can’t leave my house until I get the vaccine. Thanks for the tip, Microsoft Clippy, but I’m not an idiot and I don’t expect any of this to be fun for a long time. Having two newborns at the same time is undoubtedly going to be exhausting and expensive and stressful, but I get to have babies and there is no way that that will be more emotionally, physically, or financially draining than back-to-back rounds of IVF during a fucking pandemic… and if I’m wrong, what is the point of talking about it?!?! Maybe taking care of two newborns will be harder than spending days in bed imagining a life with no children, somehow scraping together thirty thousand dollars to try, or leaving work early to get progesterone shots in the ass every day for ten weeks, knowing it might all be for nothing. If that’s the case, maybe some words of encouragement and positivity might be more helpful than warnings and horror stories.

Quite frankly, if you got to have the children who are giving you such headaches, in the free and fun way, I really don’t want to hear about how tough it will be, because you can’t tell me how it compares to what Jake and I went through to get pregnant. You can’t imagine seeing your husband, who hasn’t cried since his senior year, get misty-eyed when he tells you there might never be babies. You can’t recall putting up the Christmas tree and picturing all the years of watching other people’s children open gifts, while you have none of your own. You can’t fathom a future without sick babies. bed time fights, disastrous family vacations, weird Halloween costumes no one understands, talks about dealing with bullies, sitting through those horrible class plays and concerts, and hearing your child say they hate you for the first time. No one realizes that couples going through infertility aren’t just thinking about all the good things they might miss, but the bad stuff, too. It’s every possible parenting scenario that’s made us cry, because we might never have it. Maybe that’s why, of the surprising number of couples who’ve struggled with infertility that I know, I’ve not heard a single pessimistic comment and the rest usually shut their traps, when I respond with “Better than no babies” I’ve had enough negativity around this pregnancy and I’d really like it if everyone would disperse from the line to say “I told you so” that seems to form around every new mom.

Jake and I had our first ultrasound with my OB on January 7th, at eleven weeks and two days. It was the first one he was able to attend and it was wonderful for him to hear the heartbeats and see them moving around, since he hadn’t gotten to be a part of pretty much anything, beyond payment. When I asked when we’d be able to tell gender, the doctor verified that we wanted to know and told us she thought they were both boys.

I felt terrible, because I found myself upset, no matter how hard I tried to get excited. I knew how much Jake wanted a boy, but I just really wanted there to be one girl, not just so I could have a daughter, but because I wanted to pass my Gramma’s name (my middle name) on, before she dies. She’s 86 and we’re in a pandemic. While I knew she’d prefer a boy, as she’s always favored my brother, I still wanted her to have that. After we sent off my bloodwork, to check for trisomies and verify gender 100%, I researched how accurate such an early guess could be and overwhelmingly found that it was really too early to tell. Since the doctor had seemed so certain that one was a boy, I just hoped that perhaps the other guess was mistaken. Eleven days after that appointment, I received a call that the trisomies results were negative and we were having two girls.

If I’d been able to choose the genders of my children, or rather had taken the option, because that was a possibility, I’d have decided on one of each. However, always having wanted closer and more plentiful family relationships, I suppose it will be nice for them to be the same gender. They’ll have more in common and share more experiences… and I get to have two little girls. I’ve wanted a healthy, normal mother/daughter relationship my entire life, even if it means being on the other side of it. I get to break the cycles my mother created and be the mom she never was, to not one, but two, little girls. Those little girls each get to have the sister I always wanted, as well. I’m confident that I’d have been able to get there with two boys and was genuinely disappointed when I realized the boy that had been so certain wasn’t coming, but now that I’ve adjusted, I’m thrilled to be having two little ladies and just hope they’re strong and healthy and have no mental or physical issues.

Jake truly is the go-with-the-flow man he claims to be, though. While he never made me feel bad for wishing for a girl, he insisted he wouldn’t be upset if the doctor was wrong and has given every indication of honesty with that statement. The only drama we faced, after the big reveal/correction, was choosing names, as he’d decided over night that he didn’t like any of our previous choices. After weeks of calling them Mando and Grogu or Elsa and Anna, of debating and his vetoing literally every name in existence, we landed on two classic girl names with our grandmother’s middle names. They’re old, as is trendy, but have cute, modern nicknames. For the sake of this blog and the fact that I use only pseudonyms, I’ll refer to them as Violet and Scarlett, both of which were on the table, but ultimately vetoed, because we didn’t like the inevitable Scar and Vi. The actual names have the same number of syllables and sound good together, but stand up on their own. They don’t rhyme and aren’t themed (like colors or flowers). Naming humans is tough, but even that seems to be out of the way.

I’ve yet to share any of this on my main blog and I’m not totally sure why. For starters, I’m not telling the general population the genders until Easter, when we can tell our families, and a few friends read my blog. I did cave and let Jake have his Christmas announcement about the pregnancy (partly because I’ll be clearly showing soon), but he wants to share the genders in person and we’re hoping I’ll have my Covid-19 vaccine by then. It’s more than that, though. I’ve seen the ultrasounds multiple times, recorded them on my phone, so I could watch them later, watched my belly grow before my eyes, and still… I’m terrified that something will happen to my babies, a fear I hear never quite dissipates and I’d imagine that is even more true with IVF conception. So, I’ll keep it a secret from my readers just a little bit longer, since there’s no way I could have done so with anyone who has seen me in person.

We found out at seven weeks, that not only was there one strong heartbeat, but two. It wasn’t a total shock. It was an accepted risk, when we chose to transfer two embryos and I’m not sorry we did… at the moment. I’ve been through my ups and downs, my moments of remembering that I don’t like children and now I’m going to have two, of acknowledging that I don’t know what to do with one baby. Jake, in his confidence and ignorance, having never had children either, keeps assuring me we’ll be fine… and I suppose we will, but I’ve always been a bit high strung. I told my Gramma after our nine week ultrasound and she’s thrilled. I’ve told a couple of people at work, as well, because I’ve been so sick in the mornings, that I’ve had to keep calling in late.

At this point, I think I might want to keep it a secret from everyone else just a bit longer. I’m so worried something will go wrong and I don’t want to have to make the rounds to tell everyone about it. I just want my babies to be safe and healthy and I want to know that’s the case before telling everyone, but I think they might tell on me first. I’ve been getting really sick and I can already tell I’m starting to show. I suggested telling everyone that I’m just hungover and letting myself go, but Jake has vetoed that plan.

… the reproductive adventures, with a guaranteed HEA, of a thirty-something, married, Southern teen librarian with an awkward spirit and a stubborn, mouthy, redheaded country boy to accompany her through life. Click on “Belle of the Library” to visit my main blog. 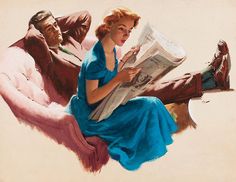 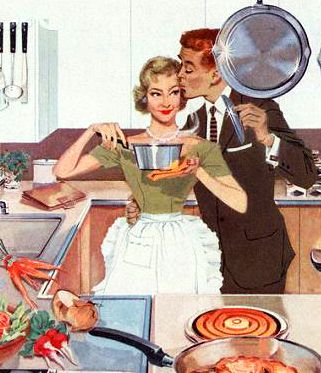